The Swedish National Police invited us to do a demonstration of our accelerated learning/stress inoculation protocol to see how our approach might improve their current and future training.

We designed a custom training for the Heckler & Koch MP-5 submachine gun. The Swedish Police issue the MP-5 as a specialty weapon. Qualification with the MP-5 is mandatory for all cadets in the two-year program at the Swedish National Police University. The required MP-5 course takes three eight-hour days of classroom instruction and range training. There is classroom presentation, weapons familiarization, weapons manipulation, live firing, a live fire qualification and a written test. There is no training in tactical application or stress management. 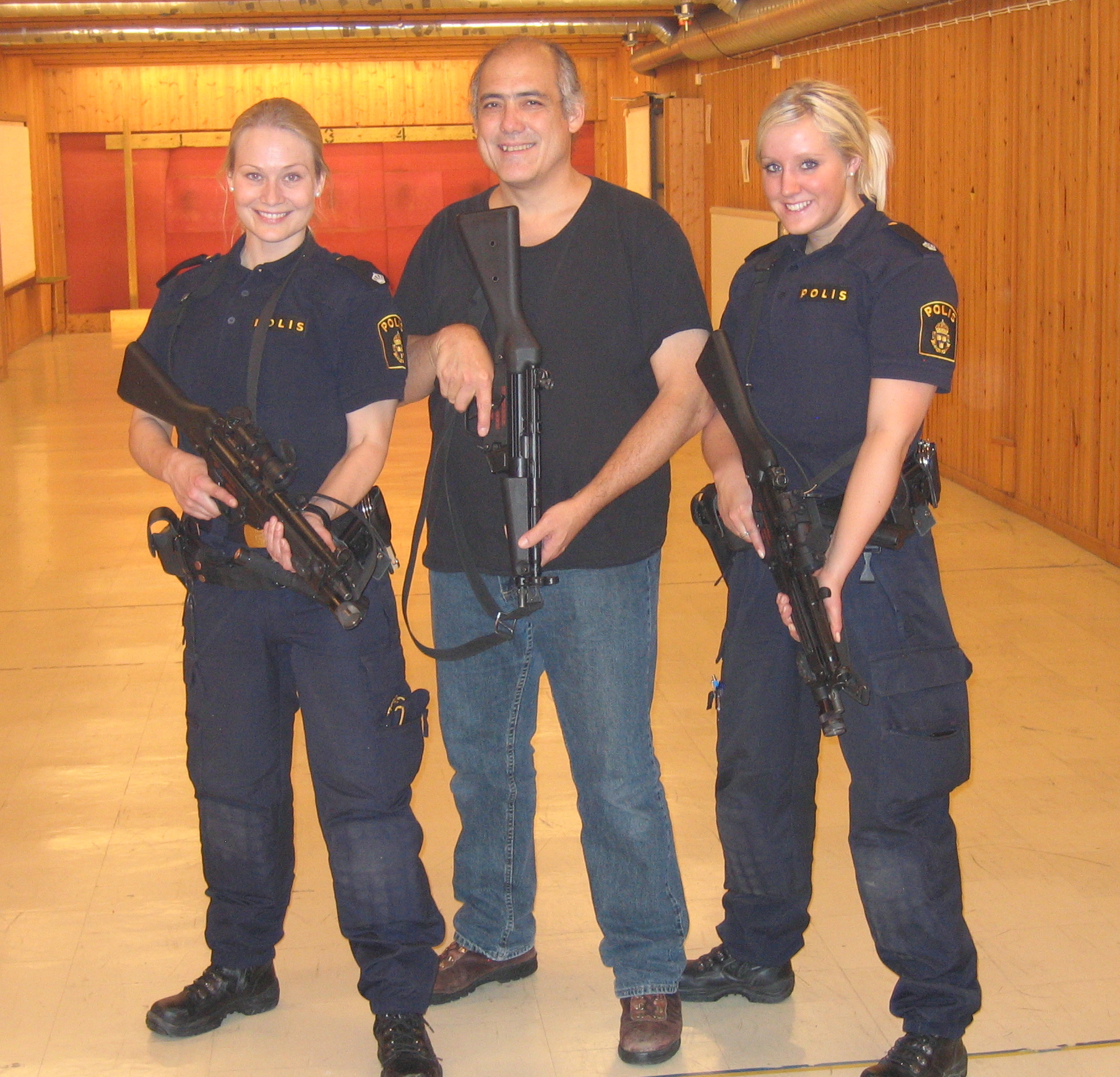 We redesigned the 24-hour class into four hours of instruction, with the usual Swedish one and a half hour lunch break splitting the course into two sections. After our four hours of training, both cadets, with no previous exposure to the weapon, qualified expert on the range and satisfied the instructors during an oral quiz that they would have passed at the 90% percentile on the written exam. 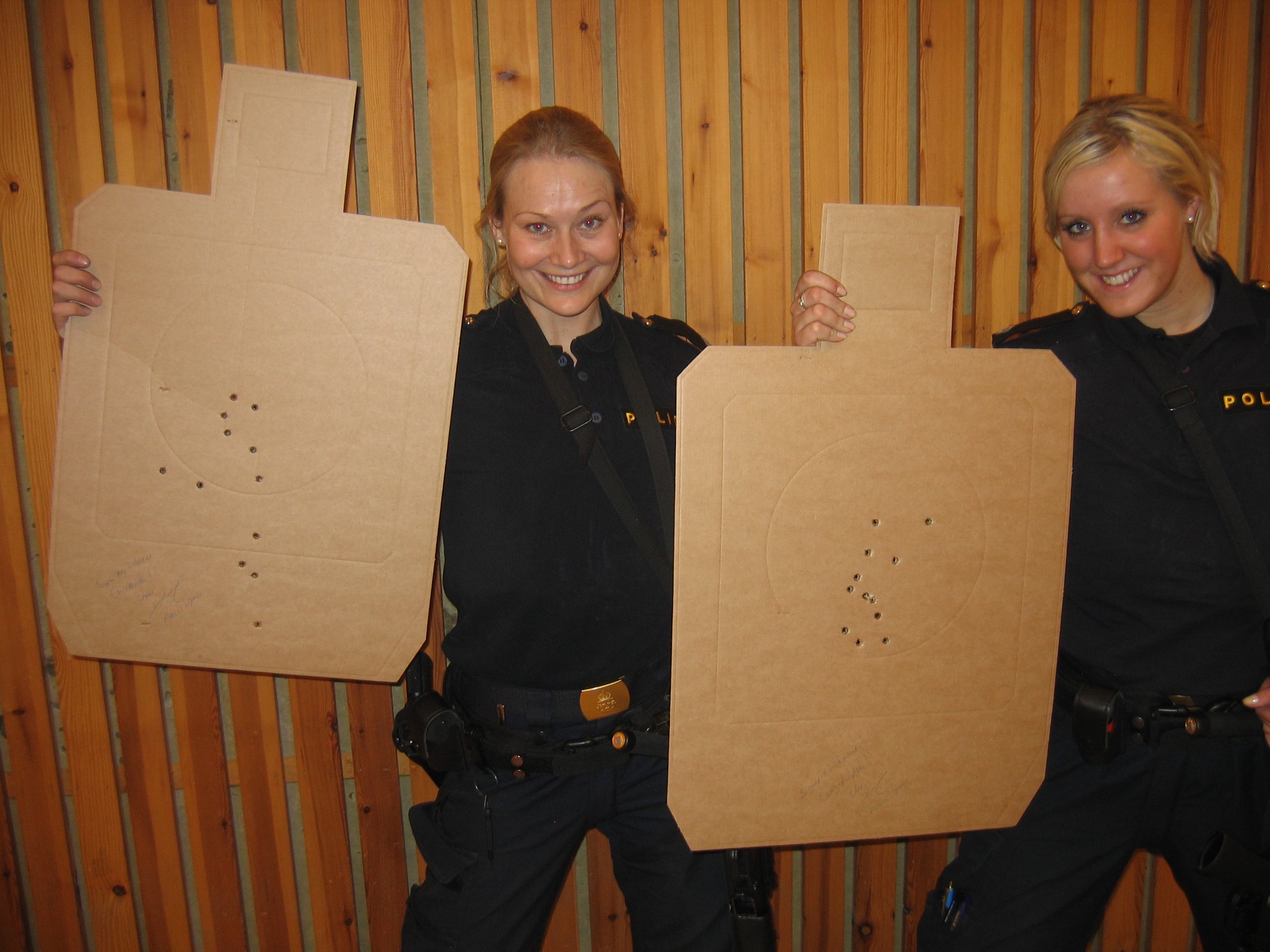 Our four-hour training design, using accelerated learning principles and our proprietary protocol, covered all material required during the standard twenty-four hour course as well as:

• Stress management skills to use in the fight: state management, breath control, reaffirming positive fighting state.
• Maintaining safe distance during contact and/or engagement.
• Weapons retention.
• Strong side to off side transition technique.
• Use of enhanced peripheral vision under stress.
• Engaging human aggressors at realistic ranges (with Simunition marking cartridges) with 100% accuracy.
• Multiple target acquisition and advanced trigger control for single fire, burst fire, full auto fire.
• Engaging multiple moving human opponents at realistic ranges (with Simunition marking cartridges) with 100% accuracy
• Forward, backward, lateral and diagonal movement while shooting.
• Transition from long gun to handgun
• Stoppage and immediate remediation drills
• Stress scenarios: low light, downed officer rescue, stoppages, weapon pick up from down officer, multiple shoot/no-shoot targets, magazine exchanges, strong-side/off-side transition, use of cover – all conducted in no or low light while under extreme stress.
• Confidence drills: shooting live ammo at close range in and around other officers; having live ammo shot past them at close range by other police officers.

The proof of concept was videotaped and witnessed by the lead firearms instructor for the Swedish National Police — an active street officer qualified nationally as a firearms and empty hand combatives instructor — as well as a representative of the Swedish Army. 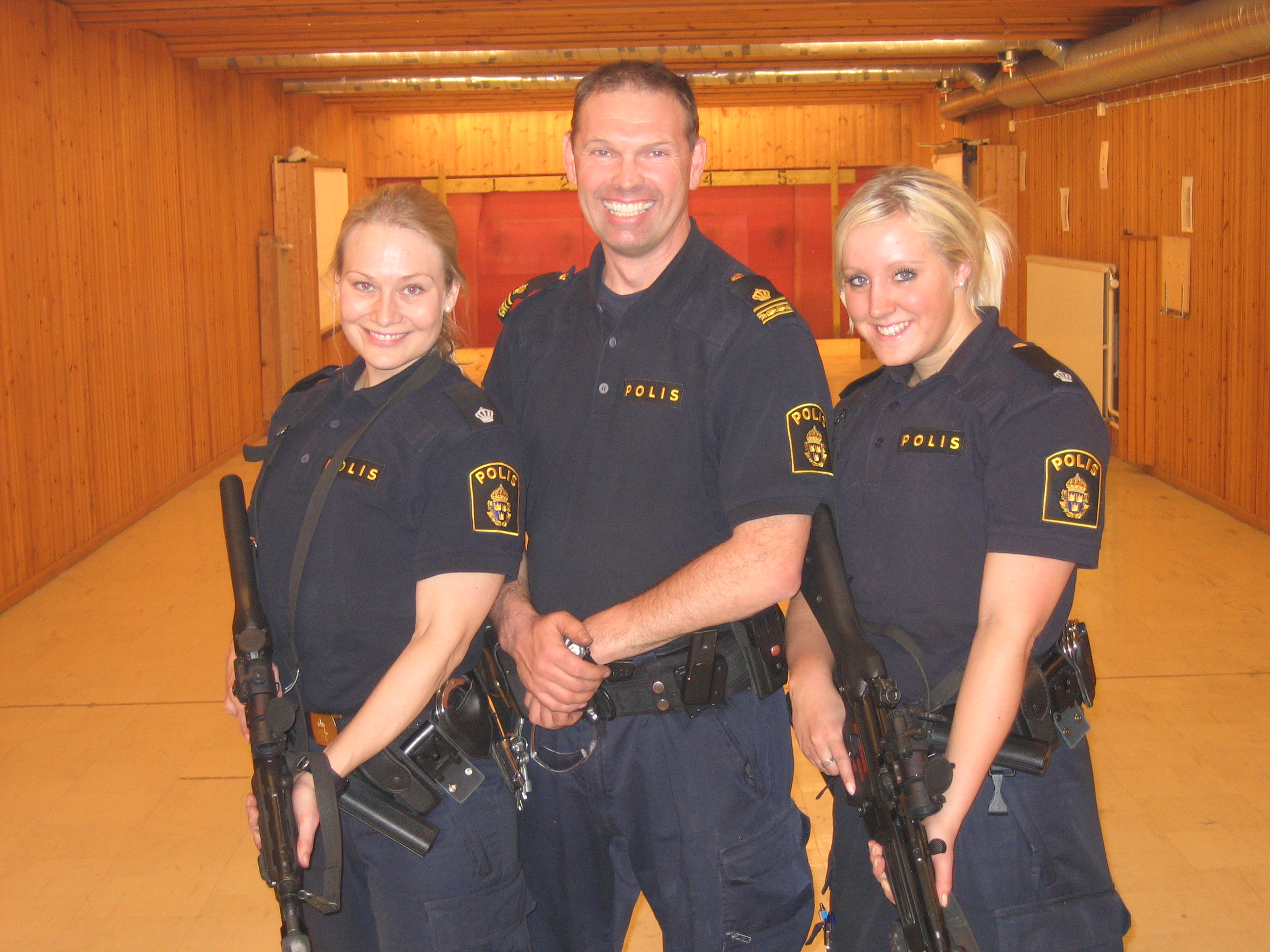 The police instructor’s comment: “If I had not seen this with my own eyes, I would not believe this possible. They [the female cadets] are shooting better than I do after 20 years as an instructor.”

Main Points:
• In one-sixth of the time allotted for basic qualification, the cadets met and exceeded the mandatory written and live fire qualification standards.
• The cadets learned and retained under stress advanced tactical skills that took their performance to expert-instructor level.
• The cadets learned and retained under stress techniques to manage their psycho-physiological state while in a combat situation.
• Under traditional firearms training methods, the amount of material covered, and tested under extreme stress, would have required ten to fifteen full 8-hour training days – two to three weeks — at a minimum.
• One cadet’s use of her skill set in stress management helped her retain her life-saving fighting skills during a close range gunfight. This indicates our accelerated learning/stress inoculation approach may promote better retention of essential fighting skills under stress, which is supported by the body of our anecdotal field reports.
• The Accentus-Ludus training approach produces students who perform better, learn faster, and cost less: Better. Faster. Cheaper.

← Prev: Falling Out of Aircraft While In Fright, or, Happy National Airborne Day! Next: The Internet Ate My Podcasts, So A Post On Situational Awareness Training →