Elon’s Pigs, and The Old Man and His Knife 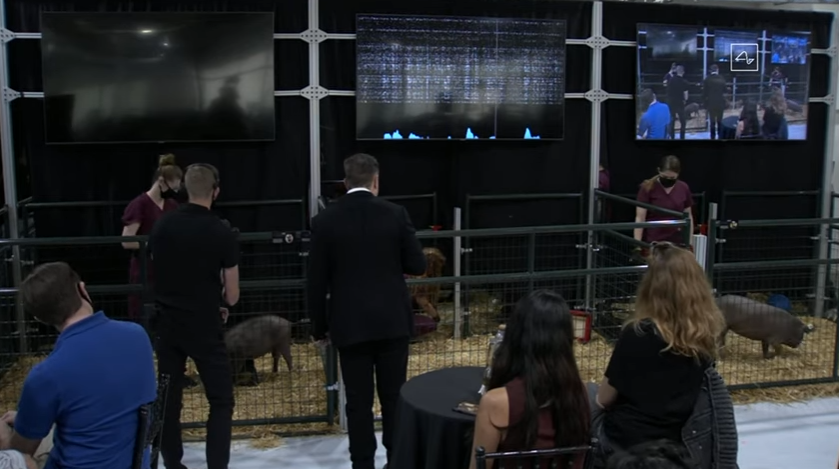 Elon and his pigs reminded me of a family story..

My grandfather Eustachio was a renowned Filipino martial artist and fighter. He killed 14 men in consensual duels in the Philippines, not uncommon in the early 1900s. He escaped from tribal police by swimming out to a boat anchored in the harbor. Unknown to him, the boat was full with a village that had just been purchased. Yes, purchased, as that was how the big corporations, C&H Sugar and Dole Pineapple, got their labor. They bought a village intact from village elders, which included everyone from the elders down to the newest infant, dogs, pigs, and chickens, and then shipped them to the company housing outside the factories and surrounding fields.

He hid on the deck till the next morning. He was discovered (shades of TITANIC) by my grandmother, who smuggled him food and water during the long sea-journey from the Philippines to the Hawaiian Islands. He was 17 and a man-killer; she was 13 and in love. They both ended up working for the Dole Pineapple company. He swung one of his handmade blades in the field cutting pineapples and sugar cane; she worked on the canning line packing pineapple into cans.

And all of them learned something of the art of the knife, boys more than the girls, because while in Filipino culture the women are respected and heeded for counsel, it’s the men to whom the task of fighting and killing fall to, though women were often involved in the killing of chickens and pigs as part of meal preparation.

I killed my first living thing at the age of 3 with my grandfather. He held my hand on the knife as i thrust it home into the neck of a wild boar brought down by grandfather and my uncles. The killing of chickens was a routine chore, as common then as taking out the trash or loading the dishwasher is to today’s children.

The knife is an everyday implement in a agrarian Filipino family.  “Poor” only refers to financial status. My grandparents were respected for how took care of their extended family.  They fed their children and relatives well on pigs and chickens and vegetables they raised themselves in between low wage semi-slave labor for the corporations. Their knives might cut a chicken’s throat, gut out a pig and render it into portions, prepare a meal, defend a life.

Something that got lost in the modern evolution of Filipino martial arts in the United States, as so many other things have gotten lost, is the familiarity that comes from working a knife daily, and daily taking life and shedding blood to preserve one’s own. Most Americans have never seen an animal processed, though they’ll gobble their chicken nuggets or hamburgers without a second thought about the living breathing animal from which it came.

Some friends of my family, Old Skool classical Filipino practitioners, resurrected an initiation ritual for their prospective instructors when it came time. Since most modern practitioners rarely use a knife the way the founders of the Filipino systems did, the ritual is very simple, rooted in village life, and educates well about the task of taking a life by blade.

The prospective instructors are brought to an outdoor isolated pen. Inside the pen is a full grown pig. The instructors strip themselves completely naked. Then they take a knife, climb into the pen, and kill the pig.

It’s an easy common everyday task for people who live that way.

And completely foreign to the instructor candidates who wanted to progress.

With no coaching or experience, most of the students chased the pig around, tried to tackle it, flailed around with their knife. This angered the pigs, who can bite quite viciously, especially at dangling man-bits. The antics make for amusing stories later, if they succeed, as the ritual’s conclusion is to process and roast the pig for a communal celebratory feast.

One Old Man, a master instructor, watched with amusement and growing disappointment as a number of prospective instructors flailed around at their designated pig, wounding it, chasing it, in some instances wounding themselves or nearly being castrated by pig-bite.

He finally got up, went to a pen where one of the meanest uninjured pigs stood panting in the corner. The old man stripped himself completely naked, his pot belly and wrinkled skin and sagging parts brown in the sun. He took his handmade knife, and then a handful of pig feed, and climbed into the pen. He squatted down, farthest from the pig, on his haunches, his head down, knife down, his hand extended full of the corn they used to feed the pigs.

He just sat there.

Eventually, the pig, now rested, trotted towards him, testing his response.

He just sat there.

The old man tossed a portion of feed towards the pig. The pig rushed and nosed it out of the dirt, gobbled it down.

The pig came closer to eat that too.

Eventually, the pig came right to the old man, who scattered a little more feed, and while the pig ate it, scratched the pig’s back with the flat of his knife. He gave it a good rub and scratch. The pig grunted and nosed the old man’s hand for the rest of the feed.

The old man opened his hand, and while the pig nosed into his palm, the old man placed the tip of his razor edged knife at the junction behind the ear of the pig by scratching with the flat of the blade until the point was precisely where he wanted it.

He waited till the pig had eaten his fill and was nosing his hand for more to thrust the knife home. The pig stiffened in shock as the knife went completely through its neck cutting both great arteries instantly. It took a step, then two, then fell forward into the dirt.

The old man wiped his knife on the now dead pig’s side, patted it firmly. Turned and looked at his awestruck and exhausted student-instructors.

“This is how you kill,” he said. “No mess. No fuss. It’s just work. If you are alone, you kill with stealth and surprise and deception. Only if there are many of you do you chase them down and hold them. And hope that the one you chase down and try to hold is not one who understands what you just watched.”

← Prev: The Hyper-Enabled Human Next: Gifts. Thank You. →