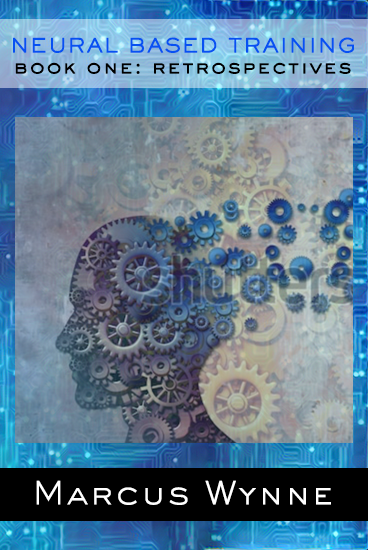 My collaborator Dennis Martin of CQB Services, UK, sent along this brief article this morning. It’s a good introduction to the snippet posted below in response to recent requests to explain “shadowboxing with guns” I mentioned in previous posts. While I  originally developed my methodology and research within the world of gunfighting and personal combat I came from, the extremely conservative nature of firearms training necessitated me going into realms like business team, aerospace, driving, and higher tactical and strategic functions to grow and develop. Doing either of the exercises below in the American “training industry” in today’s overly-litigious and safety paralyzed environment will likely cause a riot or mass exodus from the classroom.

In 1997 I was presenting a series of courses in Jo’burg, and my good friend Marcus had come over to help out, enjoy Africa, and do some photo-journalism. One of the courses on the schedule was to train a group of women in armed self-protection. Marcus volunteered to teach the class,which was mainly wives, friends and mothers of the guys on the Bodyguard Program.
I was expecting that Marcus would teach some version of the standard material around at the time, and I was interested to see his take of different nuances. What I got was a total shattering of my preconceptions, and a change to the way I viewed training for ever.

The day started with the firearms module. After a couple of minutes moving about with “finger guns”, then another couple of minutes dry firing a revolver at targets around the room, the ladies were individually given a revolver loaded with wax bullets, and told to defend themselves against a violent attacker…. me. After the first five had been through we huddled for a debrief. The first question was “Did we hit the attacker?” I pulled up my t-shirt to reveal five neatly grouped bruises around my sternum.
To someone who has been trained by numerous outstanding firearms instructors, seeing the “orthodox” methods so radically abandoned in favour of giving the trainees an authentic experience. In what other program do you get to shoot a live, aggressive attacker, with a live projectile, within minutes of entering the classroom? Those women learned a lot, but I think I learned even more.

I had been fascinated by Neural based training , ever since Marcus first mentioned it to me in 1991, and had read the books, and attended some lectures. However, no matter how much you know “about” a subject is not the same as “experiencing” the training.

The rest of that class, which included knife work and unarmed combatives was conducted with the same state-based accelerated learning model. This was, in fact, the pilot program for what became the Nikita Program.

Being a role player gave me some terrific insights and much food for though. Having the trainees move around doing those initial dry actions meant that there was no need to teach stance. We instinctively move in a stable way. Also gunfighting often includes movement, which is usually missing on a conventional firing line.

Since then I have worked with Marcus in Scandinavia, USA and England. Every time there is something new, something to rock my view of how we prepare for the fight.

Here’s a neural-based training tip for instructors, one that’s useful for very quickly assessing the skill level of an entire class of 20-25 students in a safe, non-firing, and effective fashion.

It takes 2-3 minutes, though for advanced classes I like to take 5 minutes.

Here’s my presuppositions for this tip:

*The instructor is qualified to teach the class.
*The students are required to show up with holster, weapon, mags, etc.
*This is a basic level class (open enrollment, like the kind advertised ad nauseum as Tactical Ninja Pistal 101, Basic Combat/Tacti-Cool Pistol Level 1, etc. etc.)
*There there is an obligatory safety brief at the beginning and administrative introduction to the class.

THEN (not later, early as you can in the class, I prefer to do it immediately)

*Ensure that ALL weapons in the class are unloaded and ALL magazines are empty. At this point, this should be accomplished by visual and physical inspection (and physical pat-down search) by the instructor and assistants. I also like after the initial search to have students participate by checking one another to assure that EVERYONE knows the status of class weapons.
*Have EVERY STUDENT gear up with their range equipment (belt, holster, weapon, reloads/spare mags).
*INSTRUCTORS: JUST WATCH! LET THEM GET THEIR GEAR ON AND WATCH WHAT AND HOW THEY DO IT.
*Then, WITHOUT ANY INSTRUCTION OR INTERFERENCE (you DID ascertain that ALL weapons present are SAFE, yes?) have the ENTIRE STUDENT BODY get up and “shadow box” with their pistols. What does “shadow box” mean in this context? That means have them move around the room, around one another, and draw, reholster, acquire a target, acquire multiple targets, walk towards a target, get off the X…
WITHOUT ANY INSTRUCTION OR EXPLANATION WHATSOEVER FROM THE INSTRUCTORS. (which, by the way, is very difficult for traditional instructors to do).
*And instructors, just watch. Don’t say a word other than to command them to do the various tasks. And wring it out: draw, reholster, high ready, low ready, prone, kneeling, whatever.
*WITHOUT ANY INSTRUCTION OR EXPLANATION WHATSOEVER.

Any EXPERIENCED, COMPETENT instructor will be able to, after 2-5 minutes of this drill, identify the skill level of every student in the class. If that instructor cannot calibrate skill level by observing the students in a dry-fire controlled safe environment, that instructor is not qualified to teach that class.

Why? In that context of “novelty” (quotes for the neuroscience crowd who understand the importance of novelty in involving cognition and promoting new neurological growth) the students will be under significant self-inflicted stress. An EXPERIENCED COMPETENT instructor will be able to immediately recognize who is a true beginner, who thinks they know something, who actually does, who’s actually been in a gunfight (or fight of some kind), and who will be a major ego/pain in the ass. The instructor will see if they muzzle themselves or others, if they have any experience actually drawing the weapon and reholstering, if they know how to move, etc. etc.

So what does this do?

It makes your live fire a hell of a lot more safer. Instead of waiting to see who’s gonna screw up and shoot their junk off (or yours) you can identify problems in a safe, controlled environment. Might somebody muzzle somebody else with a “safe” weapon? Yep, could happen. Did you (the instructor) ensure that the environment is safe? Yeah, it breaks the “rules” — and someone much smarter and more experienced than me told me something a long, long time ago — “Dude, there are no rules in a gunfight. Cheat, cheat, break the rules…and live.”

Don’t take my word for it. Go out and try it yourself. You will find (not may, will) that this exercise dramatically reduces the time spent trying to identify problem students in a live fire environment, and helps an instructor manage his safety management time more efficiently, so that he or she can focus on quality instruction time.

Just my two cents worth — I’ve demonstrated this to high end military units as well as progressive law enforcement agencies, and once the instructors get past their own brain lock on “how things are SUPPOSED to be done” they find it really saves time, and makes the live fire much safer.

Jus’ saying…my two cents worth. As always, anything I say should be rigorously examined and tested against your own experience. Everything I say here I’ve tested personally in training and, where applicable, operationally.

The importance of integrating movement into firearms training that’s meant to be used in a fight is generally addressed as an “advanced skill.” Since all fights involve movement, it’s important to identify square range training and over-safety requirements as an artifact of the 1700s era model for CURRENT DAY FIREARMS TRAINING, which came to us American peasants via Baron Von Steuben, whose training methods are enshrined in the US Army’s NCO manuals.  The emphasis on control, staying in line, square range and known distance comes from those antiquated methods, though they are the basis for ALL current firearms training in the United States.  Experimenting with approaches validated by neuroscience as being faster and more applicable to the modern adult learner who has limited time to learn and practice skills before they must be used under stress might lead some to reconsider the paradigm they lock themselves into.

As a brief neuroscience nugget, you can learn new motor skills more quickly by identifying a pre-existing neural motor program that’s already well enmeshed in the current neurology. I like walking.  Walking is the single most difficult motor skill you will ever learn, which is why it takes so long and so much trial and error. Entering a room and shooting multiple bad guys around no-shoots engages your neurology for sure — it pales next to the challenges recorded in the infant brain learning the basic movements of life. So instead of teaching the motor skills separately, integrate them into an existing program. I teach rank beginners tactical shooting within the first ten minutes of training and they often outperform seasoned veterans in dynamic move/shoot scenarios. That doesn’t necessarily equate judgment and discretion, but it certainly frees up a lot of limited training time to focus on those aspects if you get the basic motor skills in place first.

← Prev: Questions and Answers Next: Thanksgiving Thank You — Free Book All Day (Extended Till Friday Midnight) →