FREE BOOKS AND A NEW BOOK! 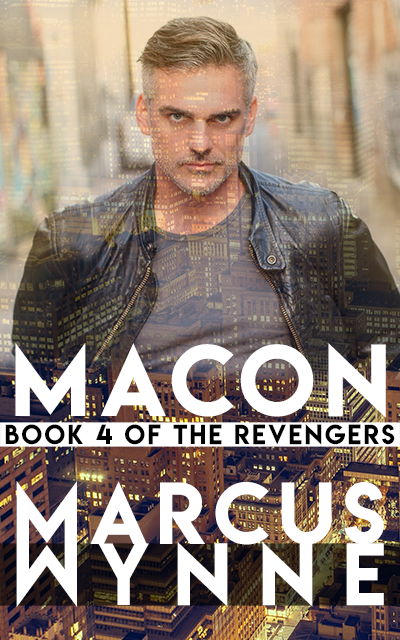 I have a promotion going this week to prep for the publication of my latest novella, MACON:  BOOK 4 OF THE REVENGERS. MACON will debut sometime between now and Halloween, depending on the vagaries of Amazon’s KDP Publishing machine (and it is, after all, Mercury Retrograde!). Buy HERE

WYLDE: BOOKS 1-3 (collected) is available for FREE till Thursday HERE

SALT:  BOOK 1 OF THE REVENGERS will be available Thursday and Friday for FREE HERE

Below is a little snippet from the next book, MACON:

“Macon is the money, she’s the real operation. The guys that hurt Raul, as far as I can tell there’s zero connection, it was a random encounter with street thugs who’d had too much to drink with a boss who didn’t give a damn about controlling them. These three are minor criminals who got a pass and court-ordered diversion and relocation up here. We can take them anyway we want anytime we want.”

“But they literally have nothing. Their nice houses don’t belong to them. Through cut-outs and notes, Macon’s companies own all their houses. They get an hourly wage for jobs they never show up for. And gift cards. I mean, who uses gift cards anymore except amateurs?”

“Their cars are in their name, they make payments, but those payments are in their names. One of her associates owns a couple car dealerships, another money laundry. These guys literally don’t own anything, probably not even the clothes they stand in. Their bank accounts rarely top a few grand, no savings, nothing. Typical small town chumps out of their depth.”

“Their supervisor skates the edge. He owns, on paper, two nice houses up here. His wife and kids live in one, he claims the other as an Airbnb, rents to a few, but mostly reserves it for visiting deputies and family members coming up to enjoy the nice clean Minnesota lifestyle. And parties with hookers from some of the houses he supervises, obviously not family friendly. He’s got a MN DL, pays MN taxes on his rental income, civilian carry permit. He’s up here most weekends and all summer. He’s still carried part-time as a corrections officer in this Sheriff’s Department down south, about a year and half away from a full retirement pension and LEOSA creds for his gun.”

“His department lets him do that?” Salt said.

Drush laughed. “Hell yes. The Sheriff, the Chief Deputy, most of the white shirts come up here and party. Been coming up here since the Super Bowl. They like the hookers, according to our video, even though they’re partial to young black girls down there. They don’t get these cute white Scandinavian girls down there. They brought up a couple of their State’s Attorneys who like the whiskey and women and poker and naked parties on the boat out in Minnetonka, we got them on video too.”

“Oh yeah,” Guz said. He nodded to Ariel. “He met a mean woman with a sharp knife. Or a sharp woman with a mean knife.”

“He had quite the extensive video collection. From all their parties, and anybody who rented an Airbnb, or bought hooker time in his houses. When we bent his lawyer we collected his whole collection. We’ve leveraged it a little, some to help Gita get her house and some help on other things. But we went through it and parsed it out. Facial recognition brought up some major names and money. The Fortune 100 crowd and all the judges, lawyers, cops, deputies, politicians to go with it.”

← Prev: A Teacher Is Measured By His Students Next: Your Brain On Music, Or Finding A Beat You Can Fight To →