Hopi Prophecy, Nuclear War, And How To Rescue The Good Of Heart 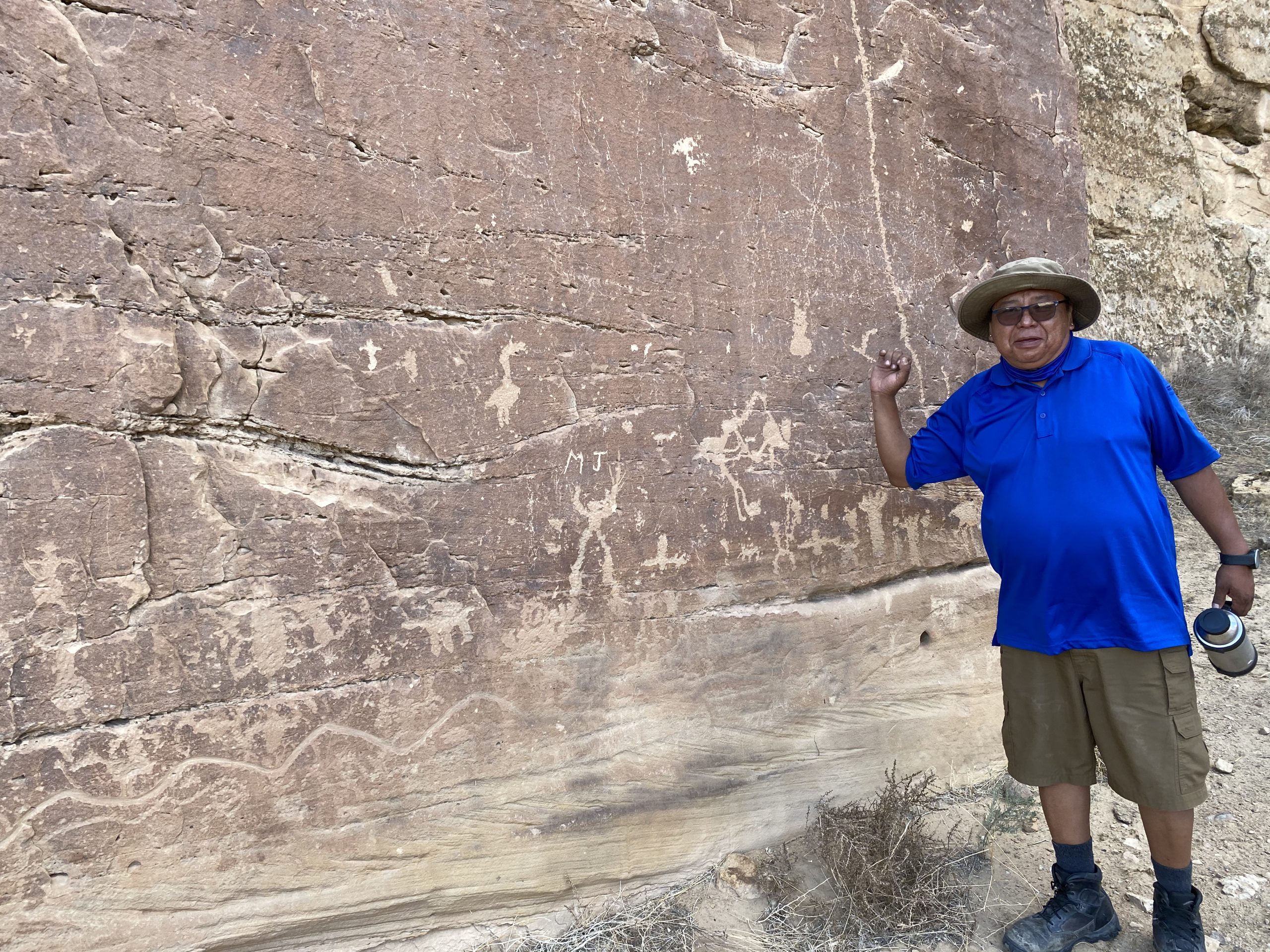 This is my friend and spiritual colleague Bertram Tsavadawa. He is an Elder in the Hopi Nation, Second Mesa, Oraibi, an oral historian and a consultant for people like Graham Hancock and to networks like The History Channel and Discovery. He’s a healer, artist, and masseuse. He’s a Guardian of the oral Hopi traditions, and as such, is not allowed to write about his work, though he may speak or appear on video. Everything I say or show in this article I was given express permission to share.

Bertram’s last name Tsavadawa means “born under the Winter Solstice.” He and I met on the first Full Moon after the Summer Solstice. Both of us intuited that to be an auspicious time and meeting.

For some time I’ve been drawn to visit the Hopi Nations and specifically to view for myself the “Prophecy Rock.” I deliberately didn’t do the research I normally do because I wanted to experience this spiritual treasure for myself first hand. 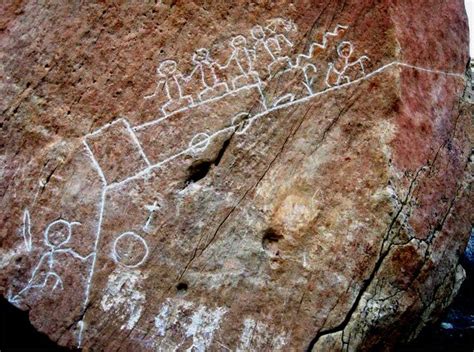 It’s not my place to interpret this imagery, but it may be useful if I summarize the common (amongst non-Hopi) understanding of the imagery. Essentially it shows the two paths of mankind: one path exists in harmony with nature and all beings, the traditional way of the Hopi; the other path is materialism and the false steps that lead to the destruction of the human race. That negative path is the upper one; the traditional path the lower.

When I arrived at Oraibi, I found that the Hopi Nation was still on lockdown and entrance to the mesas/villages was forbidden to non-Hopi and non-residents. I began to relate my story and my interest to the friendly security guard, who turned out to be Bertram, who as a Hopi Elder on the Second Mesa Council, had not only the authority to make a special exception for me but also had extensive experience as a guide for people like Graham Hancock who cites him in his recent book AMERICA BEFORE. Bertram and I shared some laughs over meals at the way the spirits worked to bring us together at just the right time.

The only lodging for 75 miles was over $150 a night, so I hunkered down in the blazing AZ heat with my camping gear and sought a place in the shade. Bertram had arranged special permission for me to see Prophecy Rock the next day, and so I settled in to wait for 24 hours. I was surprised when he called me and invited me to go look at petroglyphs a few hours later. I wasted no time and drove like a madman through the desert till I hit our rendezvous grid. Bertram took me to a sacred site well off the beaten path that is a center of sacred geomancy and astronomy, and a treasure trove of petroglyphs. 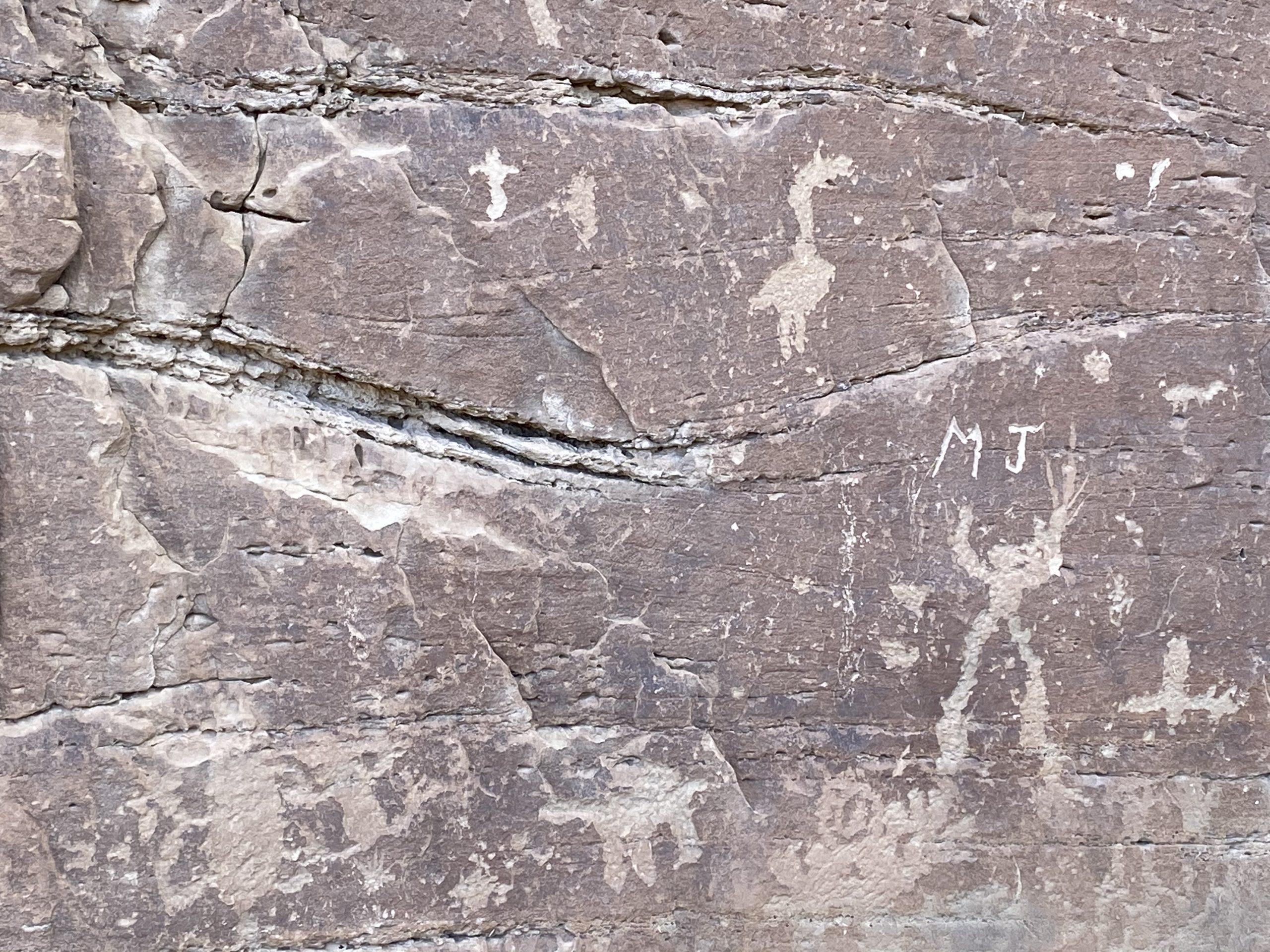 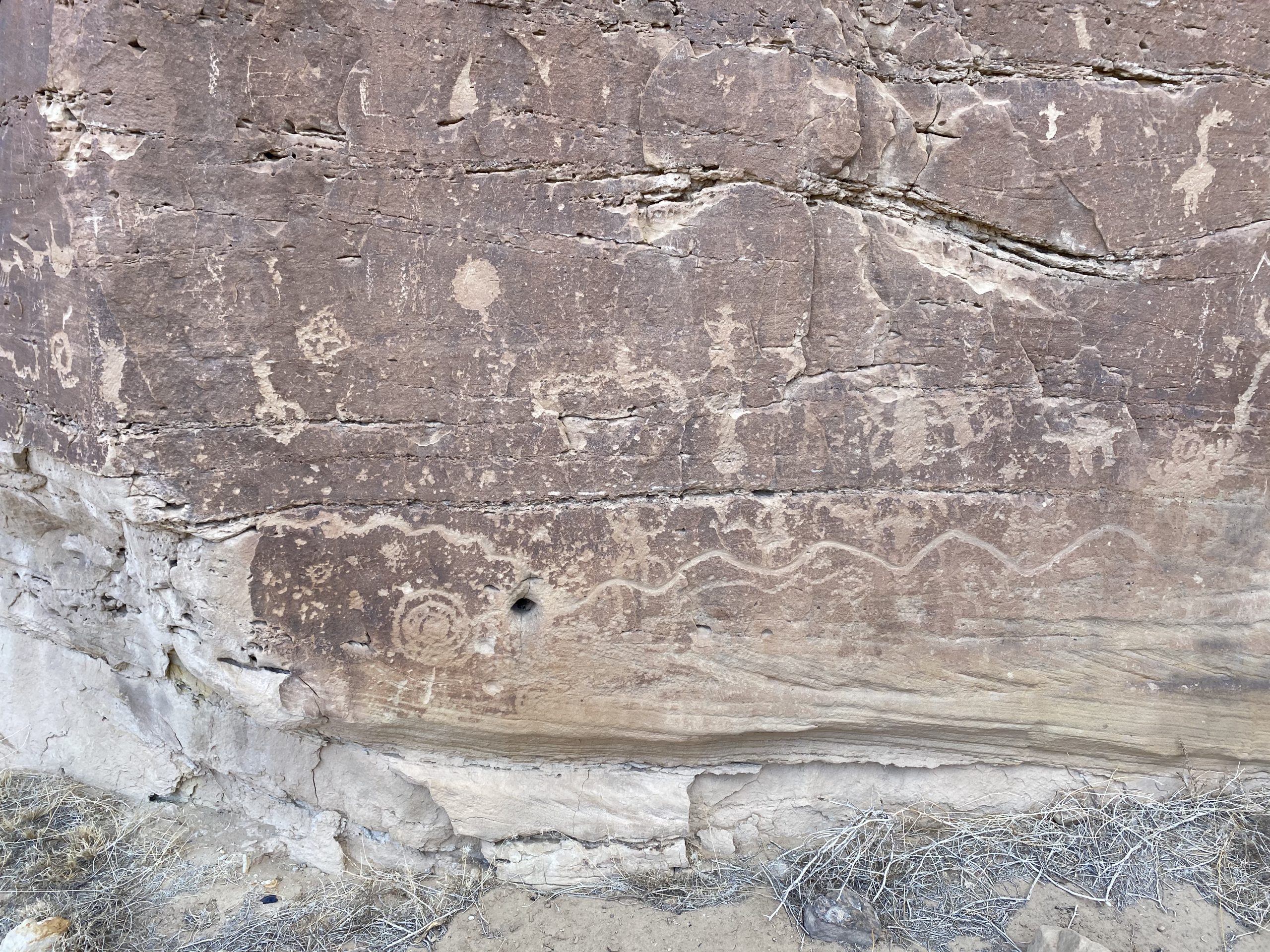 I received special permission to take these photographs, but I won’t relate the information gifted to me. If you want to know, go and pay respects and see for yourself.

The Hopi Prophecies, which have been written about by white men telling second hand sacred knowledge, in a nut-shell go like this: the white man (Western Civilization) has been ruining the planet and disrupting the sacred ways. There are ten specific prophecies and each except for the last have been fulfilled. The Hopi Prophecies, which have been 100% accurate thus far, predict that if the white race (Western Civilization) doesn’t change it’s materialistic ways that the world will end in fire.

Specifically, the final war, World War 3, will start in the counties that first received The Light: India, China, the Entire Middle East. That it will be a nuclear war, and the United States will not survive as a political entity, that in fact much of the very ground of the North American continent will be destroyed and poisoned by fall out. There will be refuges, safe places, and those of good heart will be drawn to those places before The Event takes place.

And that there will be Rescuers. 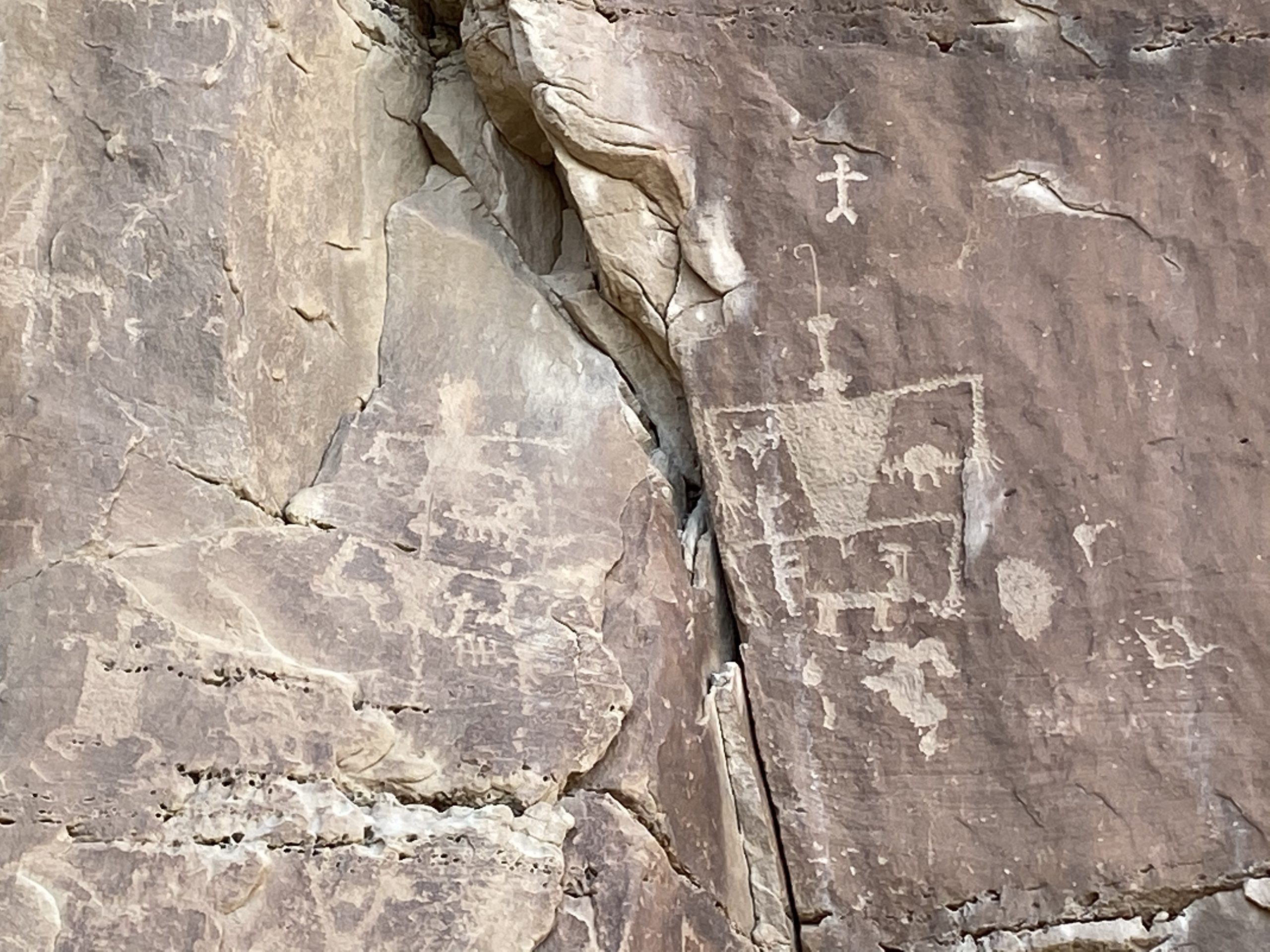 I have permission to discuss this specific interpretation. These images represent the Star People, those Beings who first created and populated the Earth, and came from other stars/worlds. The images specifically represent the descent of the Star Ships, spacecraft that came down to rescue and help the good of heart. There is a belief in many indigenous circles that the Star Beings have sent their advance teams already to identify places for the rescue ships and to identify likely refuges and the good of heart. As well as to protect the good of heart from those who are not.

It’s very interesting to consider these ancient (and proven) prophecies in light of the underlying current of discussion amongst the world’s most powerful (financially and politically, anyway) people sitting not far from me as I write this, down the road in the Allen Conference. As I’ve mentioned before, they all seem very concerned about “The Event” and how to survive personally and financially. Build spaceships like Branson, Bezos, Musk? Buy islands like Zuckerberg et alia? Spend time and money trying to guarantee the continued loyalty of their elite-military veteran security forces — when money may not have ANY value whatsoever?

The recent UFO report released by the US government and the increase of unexplainable (by us) aerial phenomenon captured on government video provides some fascinating food for thought as well, yes?

If you’d like to go see for yourself, I highly recommend that you ask Bertram to be your guide. He does provide guiding as a service, and there is no better value in terms of deeply informed knowledge and interpretation than my friend Bertram in his role as Keeper of the Wisdom.

← Prev: Living In Your Car, Part Two (Hill People Gear and Spyderco Love, Too) Rev. 1.0 Next: In Praise Of Dangerous Men →