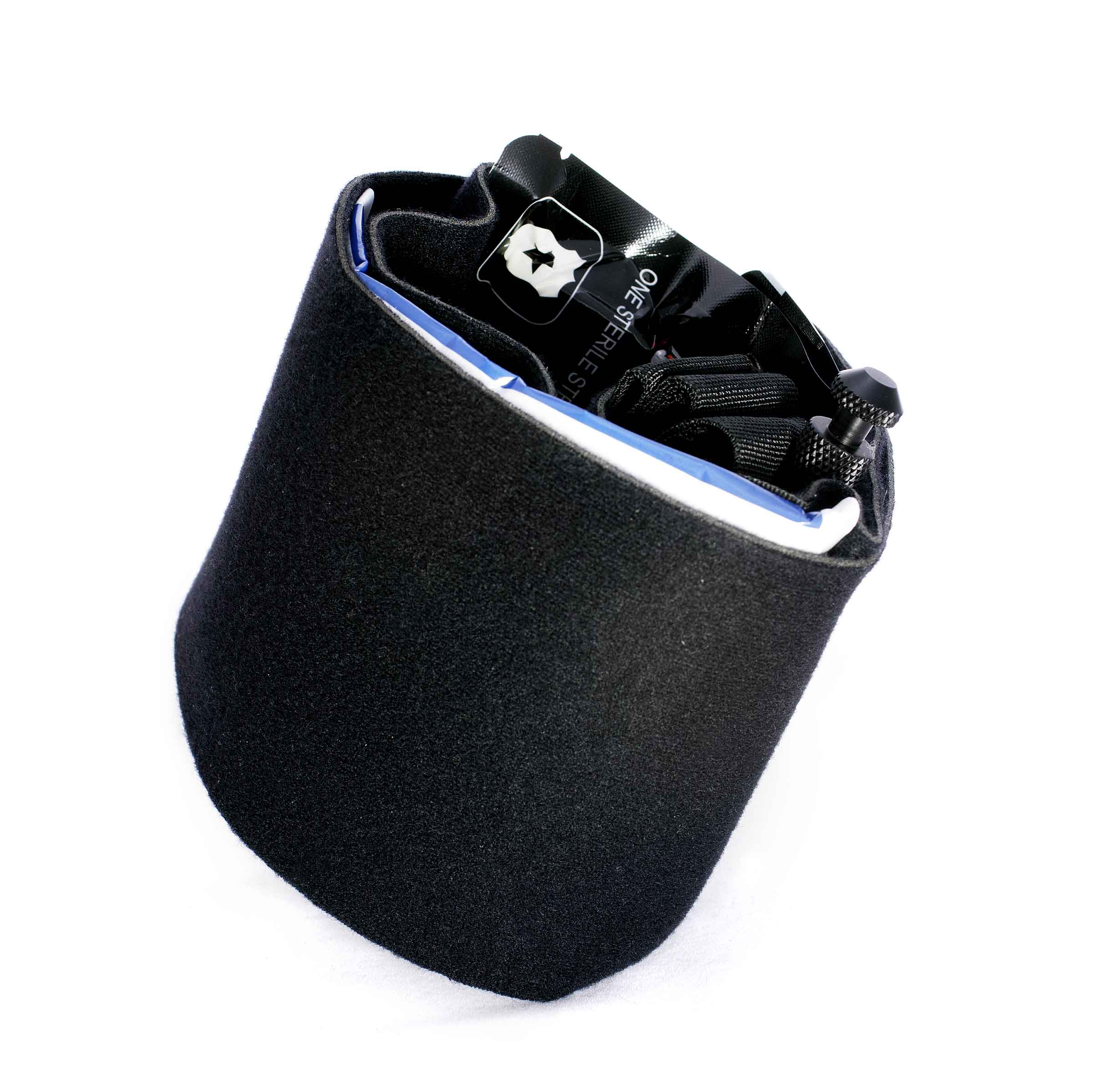 It’s a clean, simple solution for low-key carry of essential trauma gear when working in plain clothes (if you’re a tacti-cool person) or if you want to carry a higher standard of first aid out and about on your everyday civilian biz.

I got one to hack on for a specific mission.

There’s a young guy I dearly love who is in his full-blown ‘tween years. He’s a Type 1 Diabetic. As a Type 1 Diabetic, he has to carry around a significant amount of medical kit. For a young ‘tween entering those ever-so-cruel teenage years, it’s hard enough fitting in with a health challenge; it’s harder still if you have to carry around a f***ng fanny pack (very unhip these days) with your teenage pals (especially the gal-pal types).

I turned my reasonably experienced (40+) years of tweaking tacti-cool equipment to serve my nefarious purposes, or those of whom I worked with, or whom I like, to see how I might make that burden of carriage not only easier but significantly more low-key.

In other words, could I make this stuff disappear till he needs it.

This wasn’t my first pass at it. I’d originally recruited the Maestro of Custom Gear Concealment, Brian Kroon (protege of the late great Mitch Werbell), designer of the best M-65 jacket evolution, a fusion with the SAS/Para smock and the US Army field jacket, the Recce Smock. http://www.dropzonetactical.com/clothing/recce-smock/recce-smock.php

Brian fussed around and built a custom computer bag that hid a gaming laptop as well as a full complement of diabetes gear. Awesome bag, but not as discreet as a teenager might like.

I think it was the Pencott camo.

I also experimented with the SmarteVest, which is a fine solution, but not as cool with teens as it is with portly middle-aged men; then the SmarteVest cotton hoodie, which is fine for teens, but way too warm for a Minnesota summer.

Back during Gulf One, I had to flit in and out of some hot locales, and found it difficult to conceal various items in and around my waistband. I was significantly thinner then, but it was still too hot to stuff too much in one’s waistband. I’m of the generation that used and trained with ankle holsters for snubbies, and Lou Alessi built me one that I still have (though I have to send it my friend Jack, who bought it from me three years ago– sorry Jack!) and I modded my ankle holster to carry various items around and I was quite happy with it.

Unlike a professional acquaintance of mine who neglected his gear maintenance, and ended up kicking his Sig Sauer P-225 down a jetway in Karachi, Pakistan, when the snap failed, but I digress.

I bought a stripped ankle wrap from Tac Med. Laid out here is the wrap and the gear necessary to carry. 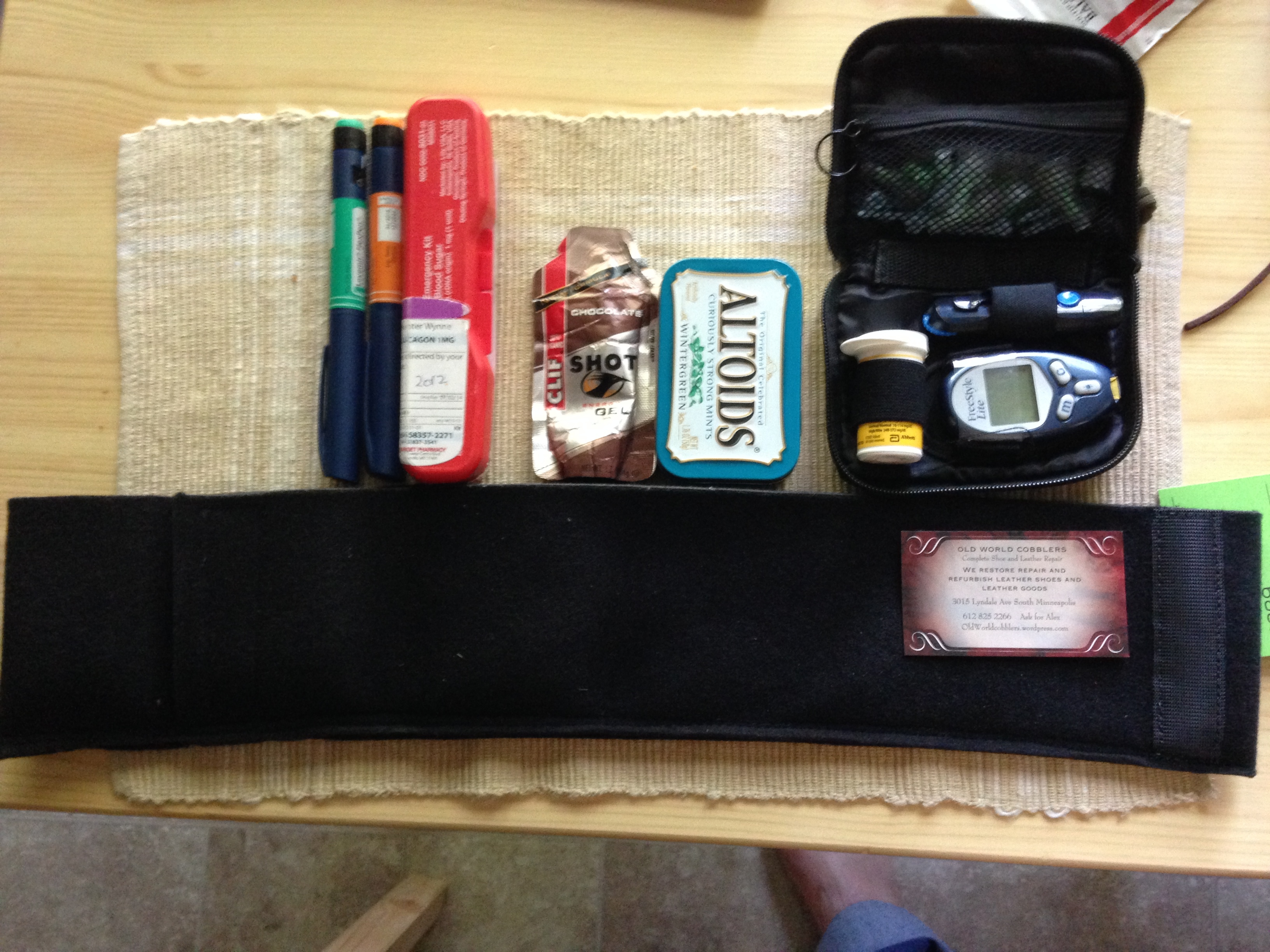 The wrap worked great to contain the gear, but the velcro flaps and cut-outs are custom sized for the medical kit that Tac-Med supplies. Great for them and for standard users, but not for me. So I took the wrap down to my friend Alec who is a second-generation master leather-worker/repairman/cobbler, and in about five minutes he stitched the bottom seam of the wrap closed, essentially creating a pocket the entire length of the wrap.

Once he did that, all the necessary gear fit in perfectly: 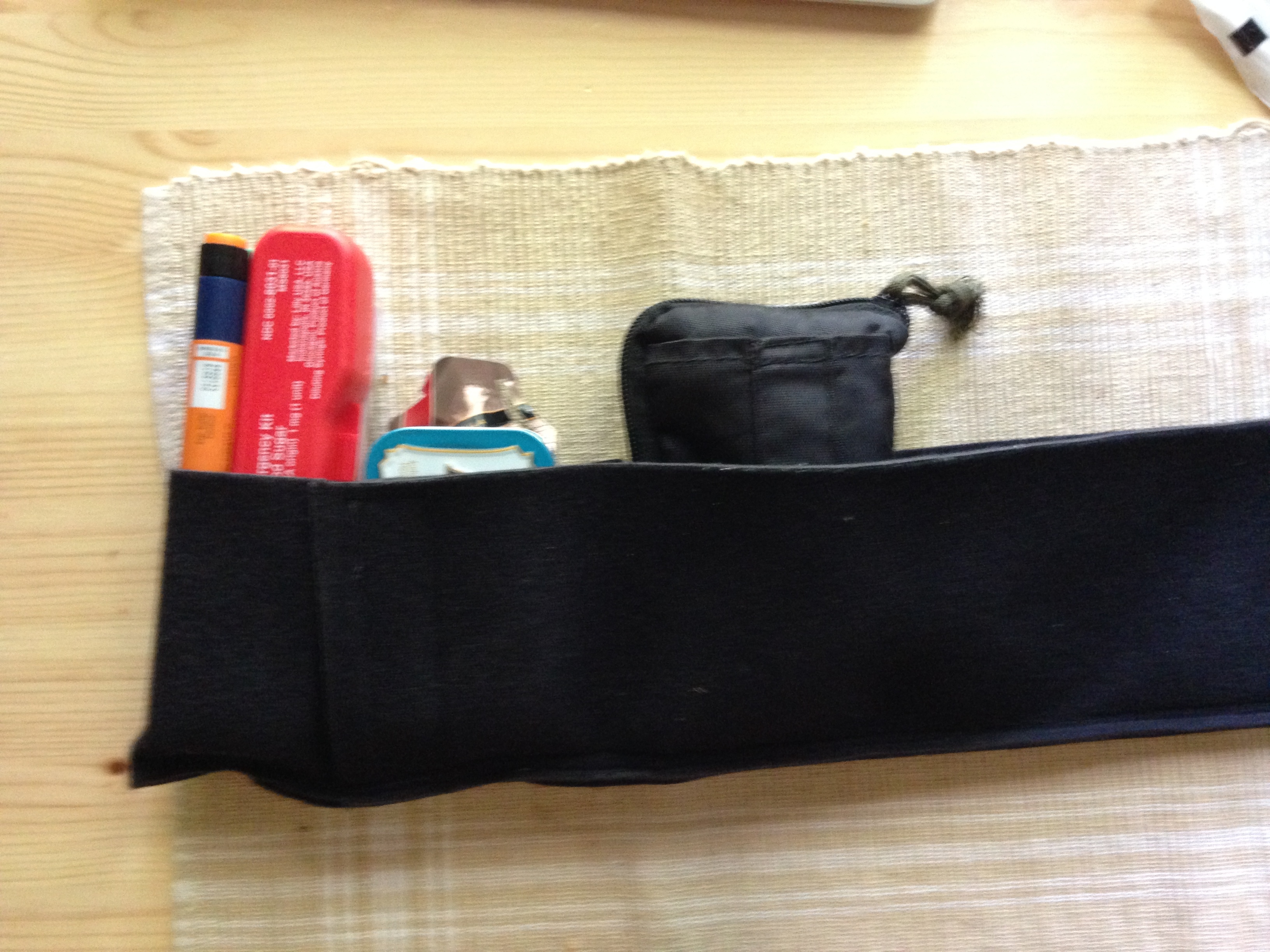 And then it wrapped, again perfectly, around a very large teenage ankle: 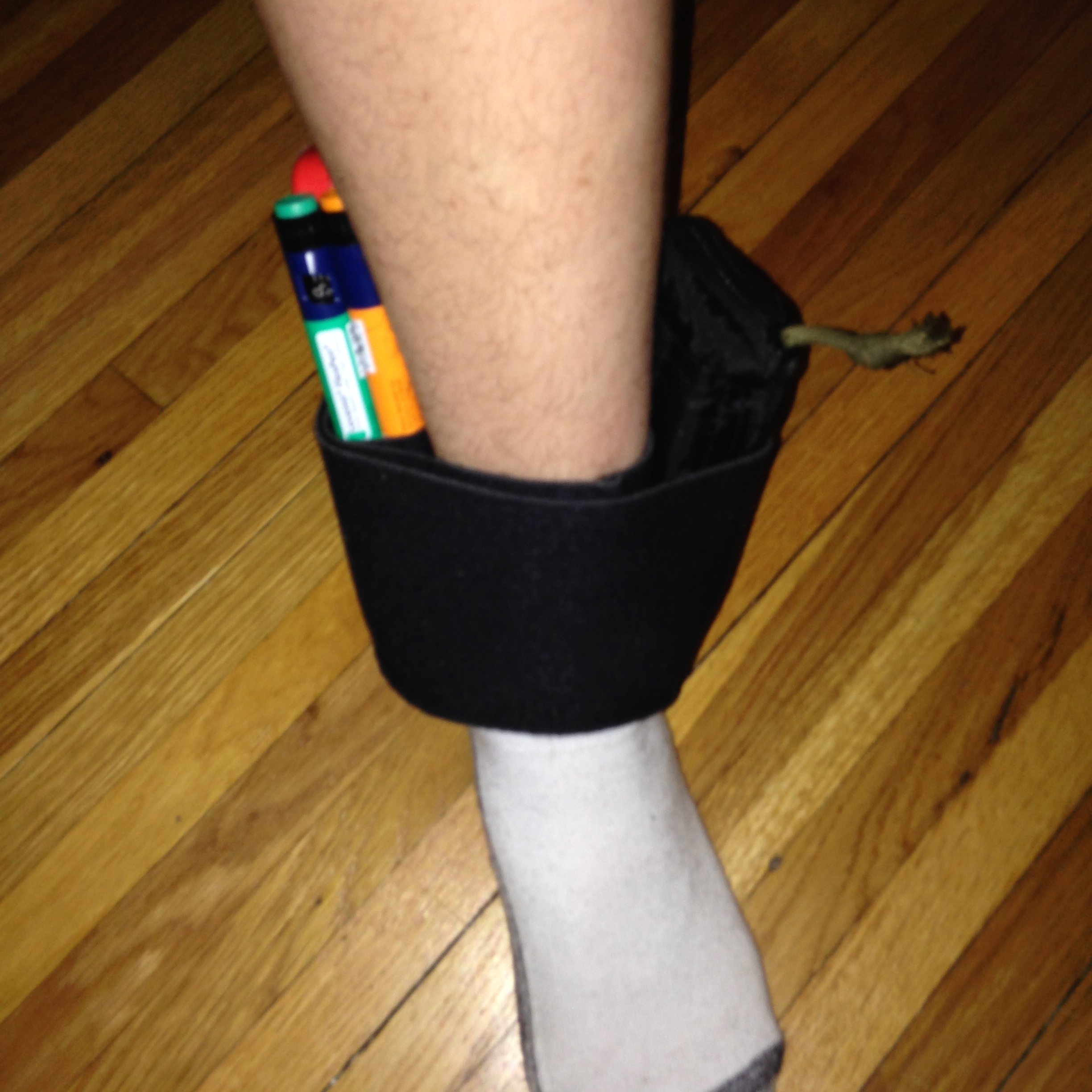 It disappears under even slim-cut designer jeans, let alone the fashionably baggie jeans worn by ‘tweens and teens these days.

And so a certain teen can go out on his first date (with a girl his own age; his first date was an older woman he stole from me, the little dawg…) and have both hands free, and fit in with everyone else till he has to excuse himself from the pizza table to take care of his medical bidness.

Thanks to Tac-Med for making a fine product, thanks to Alec for his superior craftsmanship in helping me hack it into a low-key solution.

← Prev: The Last Word On Neural-Based Training and Shooting Next: Falling Out of Aircraft While In Fright, or, Happy National Airborne Day! →