I ran into this article while doing research on “correlation engines” — the algorithms and software that conduct fusion and analysis on massive amounts of big-data.  I was struck by the story  journalist Annie Jacobsen relates towards the end of the article. 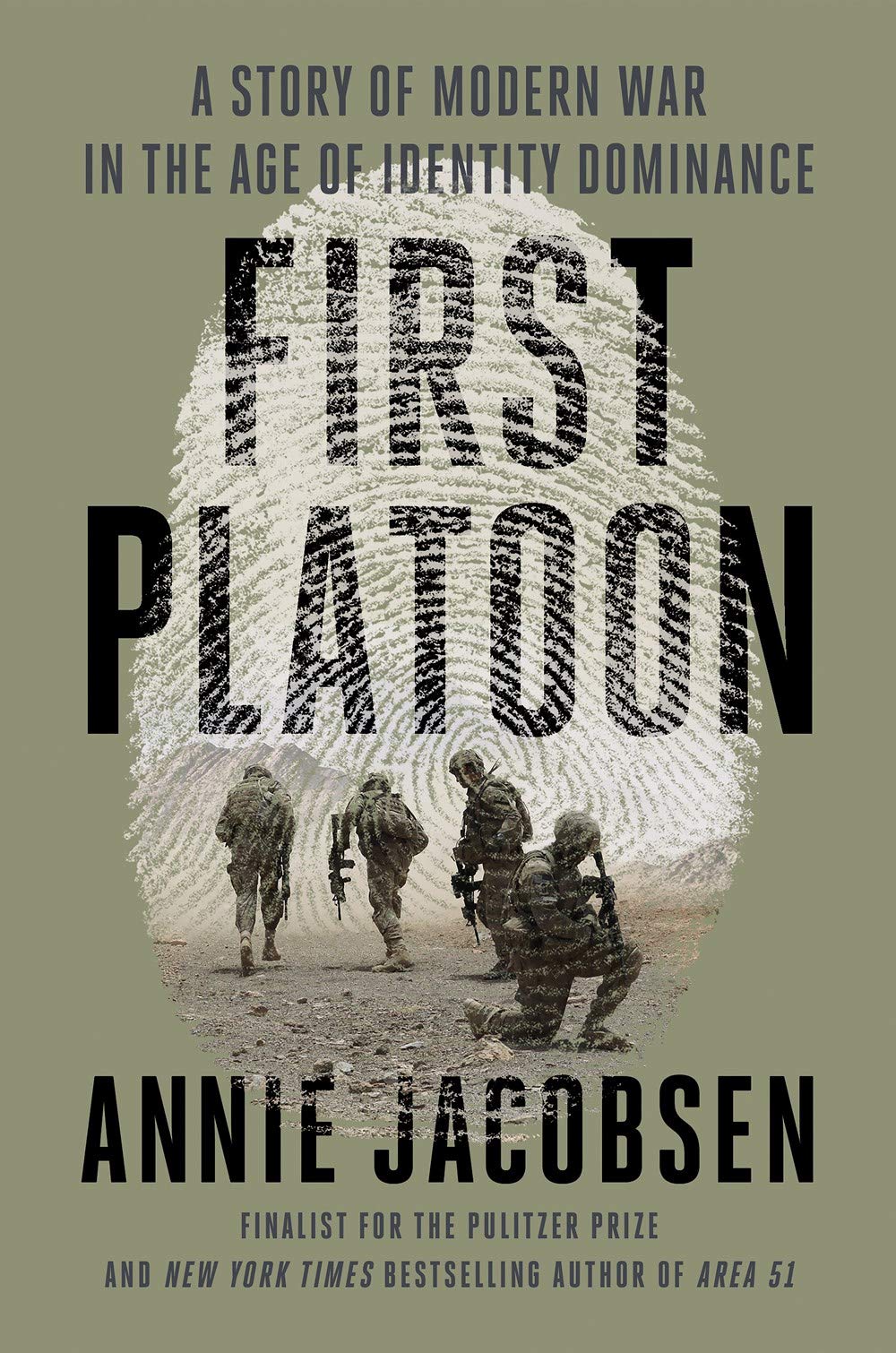 She tells how algorithms and big data approved the targeted killing (via drone) of a man in Afghanistan. The strike was already underway, the platform circling for optimal position, when one of the human analysts looked at the image of the target, and realized that, despite all the data confirming the identify of the target, that it was NOT who was supposed to die that day. The analyst pulled up pattern of life data, zoomed in a camera platform and identified the real target who was at home — a long way from the drone target.

She makes the case that the human brain, specifically the “mirror neurons” involved in visual processing for facial recognition, still (at this time anyway) do a better job of facial recognition than the algorithms.

I have ongoing discussions with friends and colleagues at the Joint Special Operations University Special Operations Forces Design Group that involve compiling a matrix of knowledge, skills, abilities, and attributes that will be most useful in the next generation of SOF operators, the “Super Soldiers/Sailors” or to steal Richard Morgan’s term, “The Envoys” or NORSOF’s definition the “Warrior-Diplomats.” 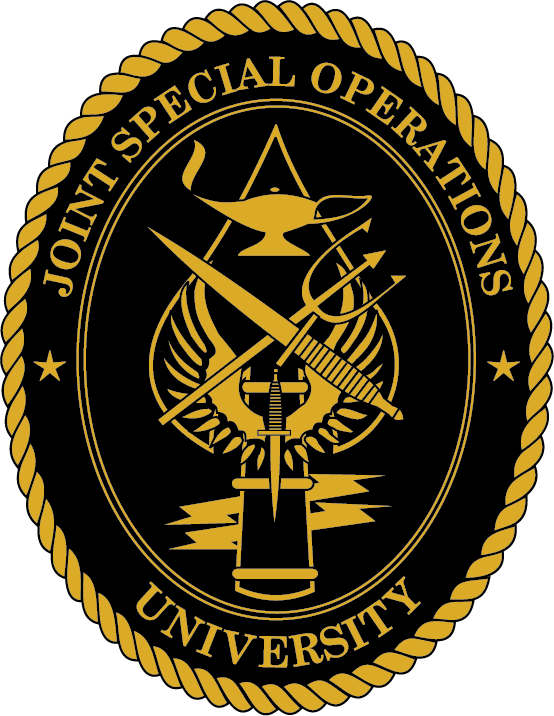 My position is that cognitive dominance starts with what we’re born with, and learning to maximize cognitive potential BEFORE we start tinkering with enhancement of all the various kinds, is the most expeditious and fiscally doable method to start establishing cognitive dominance as a baseline skill set in SOF operators.

Superior pattern recognition is one of my contributions, and the mirror neurons (which have been a focus of study for barely three years) play an important part in visual processing and pattern recognition for  human facial geometry and other biometric elements that add up to recognition in the brain. Artificial intelligence hasn’t (yet) caught up for reliable robust application in the field, as Annie Jacobsen’s story illustrates. Future SOF operators will be working in non-permissive environments and may not enjoy the technological dominance in order to ensure robust use of AI/facial recognition in the field — and in any event, the “bare-naked warrior” that a Warrior-Diplomat must be before you start strapping on the high tech will need to have that baseline cognitive skill enhanced to meet the demands of covert, clandestine and deniable operations in the Grey Zone of emergent warfare.

I sketched out a training design on some of those concepts below on a way to train superior pattern recognition in face to face interaction, specifically for undercover counter-terror operators.

I’ve posted it below.

This excellent series dramatizes the intense life of the undercover counter-terror operator. 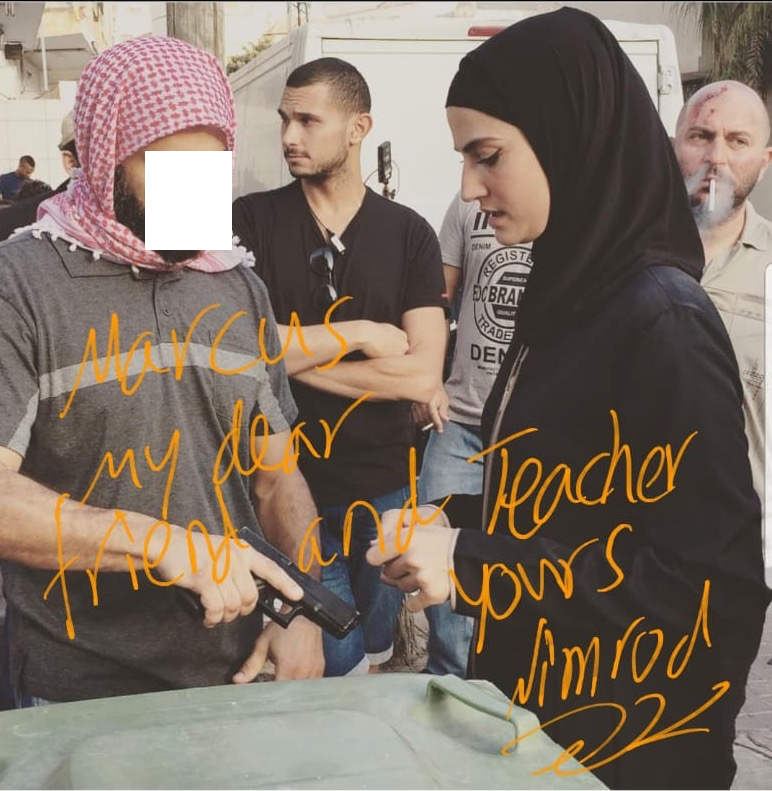 Dr. Chris Macedonia, who was the DARPA Program Manager for Accelerated Learning, told me something after my presentation that  inspires me to this day:

“Marcus, where I sit, I see all there is to see in military cognitive neuroscience. You have an ability that maybe half a dozen people in this world have. You can read through stacks of complex research, find the critical insights and figure out how to make that work in the real world. That’s a gift. If it were up to me, I’d put you on every single project I have. We have lots of brilliant researchers. What we don’t have is people who can quickly and easily bridge the gap between lab findings and make it work in the field for the SME (Subject Matter Experts). You make research WORK in the field.”

Part of having a gift is using and sharing it appropriately. Let’s do that now.

Take mirror neurons. The neurology where facial recognition happens.  It’s where we process who is who and how they are related to us.  That’s an essential element that make humans human. Very much a research focus in the last 2-3 years. Fascinating to consider the implications of improving that ability via training or pharmaceuticals or brain implants or electromagnetic energy or other means.

So where in the military sphere would an enhanced cognitive process that determines who is who and what their relation is to you be particularly important?  Maybe in counter-terror or counter-narcotics undercover operations?

A successful undercover operator must BE or BECOME one of those in the target group. He or she must not only be accepted within the targeted group, they must be TRUSTED by all the key members of the group.

How does one APPEAR to be that which they are not?

How does one SUSTAIN that appearance (demeanor, visible motivation, action, all elements of behavior) while under constant scrutiny, stress and the risk of prolonged painful death?

After reading the research I took these factors and presuppositions into consideration for a theoretical training:

a) There is a part of the brain dedicated to the function of recognizing and relating to humans.
b) That function involves a process.
c) That process begins at a pre-conscious level, where perceptual data assembles into fragments of patterns and then larger patterns based on individual genetics, life experience and specialized training.
d) Those patterns interact with the part of the brain that creates narrative: “This pattern is my mothers face.” “This pattern is LIKE my mother’s face.” “This pattern is LIKE the face of a boy who bullied me.”
e) These narratives elicit an emotional response in the part of the brain that use emotions as a marker to signify relative importance.
f) Those emotional responses give rise to physical sensations we call somatic markers.
g) Superior undercover operators, human predators, sales people, con men, master teachers and superior therapists all share an ability to RECOGNIZE somatic markers in others, interpret them in real time so as to SHAPE their continuing presentation which in turn SHAPES THE EMERGING INNER NARRATIVE of the person they need to convince, influence, or teach.

1) Teach the student to recognize their own somatic markers and how they already manage other people’s narratives.  It’s a basic human skill like walking and talking.  Find the baseline so you build from that.
2) IMPROVE the  baseline through training conscious recognition of unconscious stimuli (the somatic markers) via carefully constructed drills performed in real time with other humans as targets and coaches.
3) MODIFY the student’s behaviors via training to insert FRAGMENTS of patterns to INITIATE desired patterns identified as desirable and likely to elicit rapid rapport in the target audience.
4) PRACTICE AND TEST in the real world under real world pressure (during training).
5) FEEDBACK AND CONTINUOUS IMPROVEMENT.

The big piece is drilling appropriately and working in real time with real humans. That’s how you enhance the ability to read preconscious processing in other humans so that you recognize early their emerging inner narrative, and shape that narrative to your behalf.

That’s how you build a robust skill set that stands up to immediate and constant threat to life stress.

← Prev: Remembering Nanci Griffith Next: Sharing Valuable IP, Not Being Alone In The Lifeboat, And Training Astronauts →