Over the Labor Day weekend, I was honored to present one of my rare open-enrollment neural-based training seminars at my old friend Nick Hughes’s martial arts school. http://kravmagalkn.com/

It was a lot of fun, for me and the students, who came from all over the world and all over the country. Israel and South Africa were represented along with some other countries I lost in the hubbub. There was a lot of extraordinary talent in the class as well, ranging from active duty federal agents, law enforcement and military to an astonishingly gifted shooter, Jeff Bloovman of ONE MAN ARMY fame. http://www.armeddynamics.com/about-us.html

One of my long-time friends, collaborators and former students pointed out to me that I never teach the same class twice, though I might go over the same material in a different way. I’m cool with that. I like to think of myself as more of an improvisational kind of guy in the classroom, going with the jazz model instead of the tightly orchestrated performance. 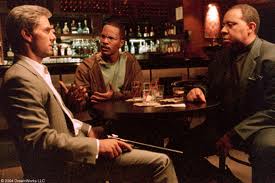 There are lots of comments and pictures from the seminar on Facebook; I no longer maintain a Facebook page (I’m on Google+ and Twitter, though), look for Lake Norman Krav Maga in NC, or else Nick Hughes Combatives.

Some random thoughts based on feedback from students, who ranged from people with a few months of Krav Maga experience to combat veterans with multiple tours actively kicking doors for a living:

Practitioners often have a hard time believing how fast they can learn to enhance their peripheral vision band maintain it under extreme stress. Most of them learned it in three minutes or less, and then immediately validated it under a variety of stress situations, ranging from pounding bags to making head shots while moving on an extremely hot and humid outdoor range. And kept it.

Controlling their internal modalities and utilizing it for state-management and accelerating their learning of physical skills (as in shooting at a high level in 5-10 minutes from scratch) was another reality map breaker/recreator.

Time distortion and the utilization of that is easy to teach, hard to explain, and dynamic in use. One of the students is married to a professional race car driver; the techniques she learned helped her understand his constant “forward lean” — and gave her tools to manage herself and her family dynamic better.

The private sessions were educational for me as well as for the participants — an interesting array of challenges were laid out and I am grateful for the opportunity to help facilitate those people in discovering their own solutions to those challenges. 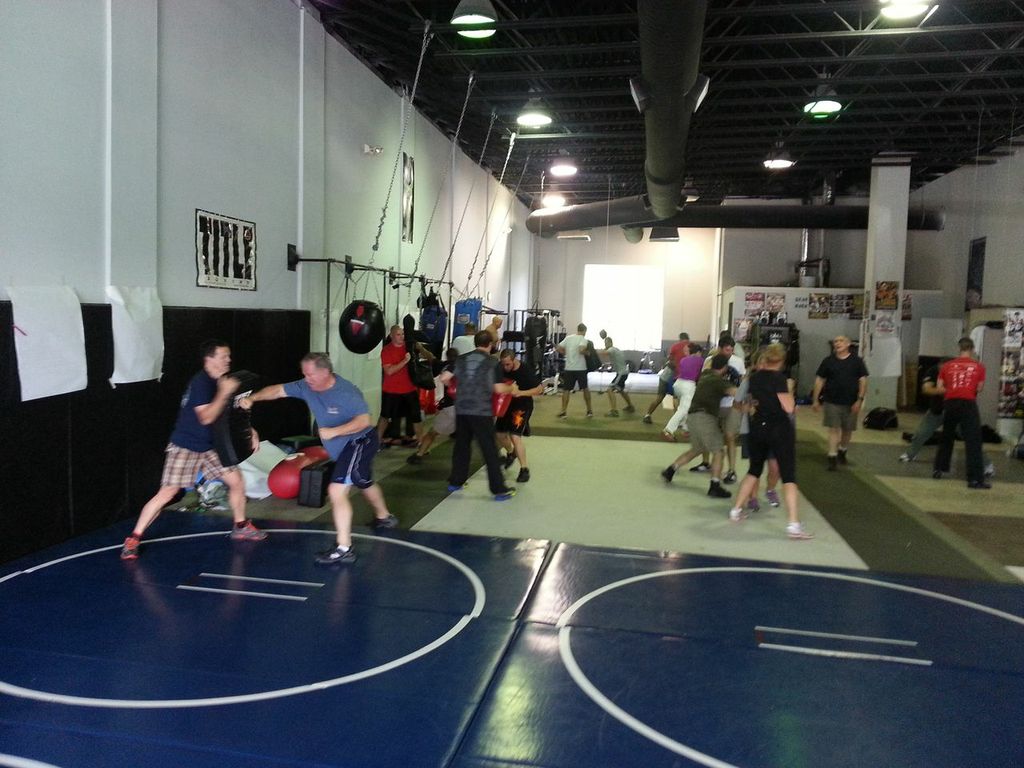 This was the open class in Nick Hughes’s excellent facility in Lake Norman, North Carolina. Lots of impact and hard work all around! 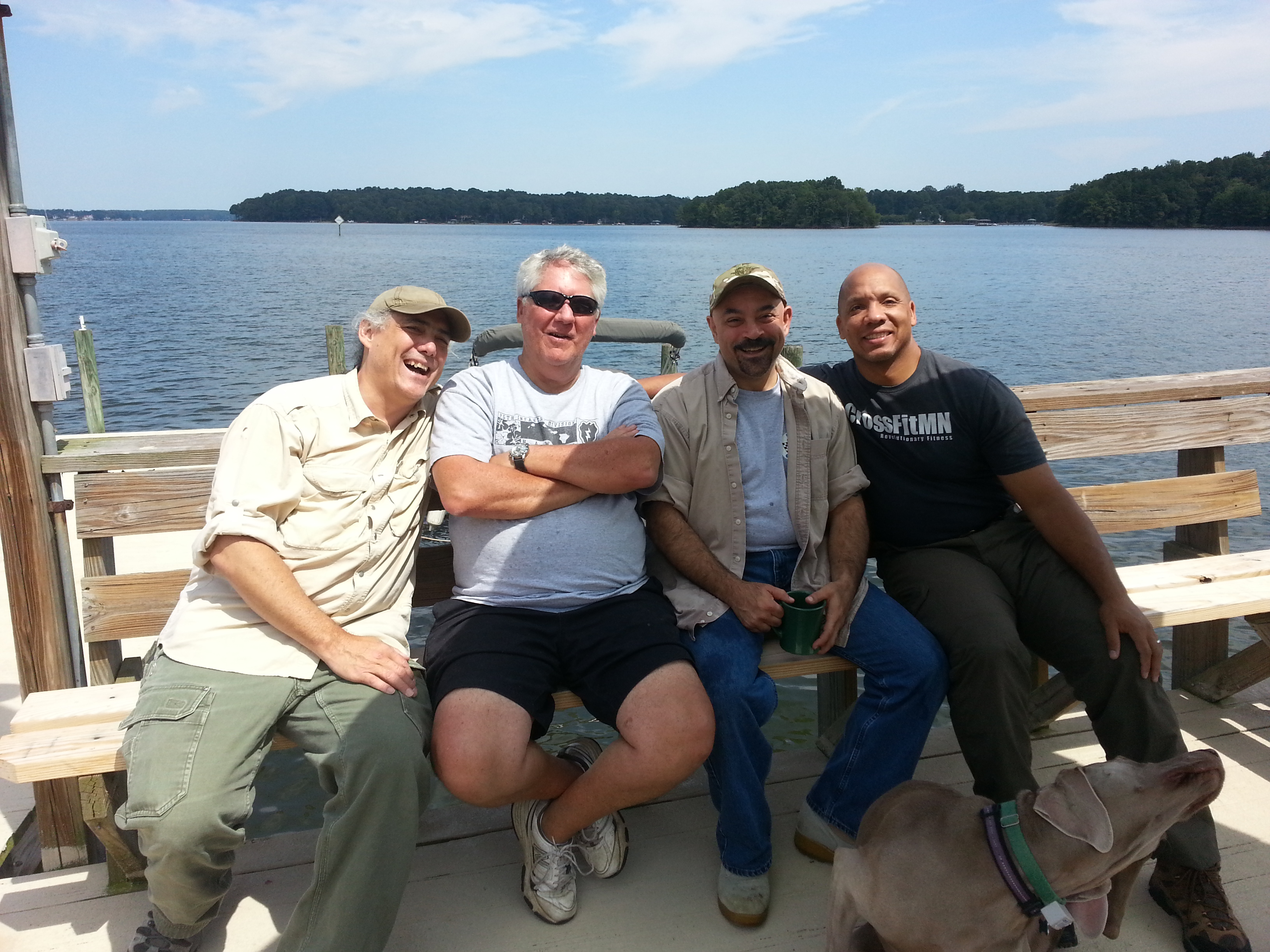 Ever see over one hundred years of experience in military, law enforcement, special operations, intelligence and training all in one place? Good pic of some Old Guys catching rays. 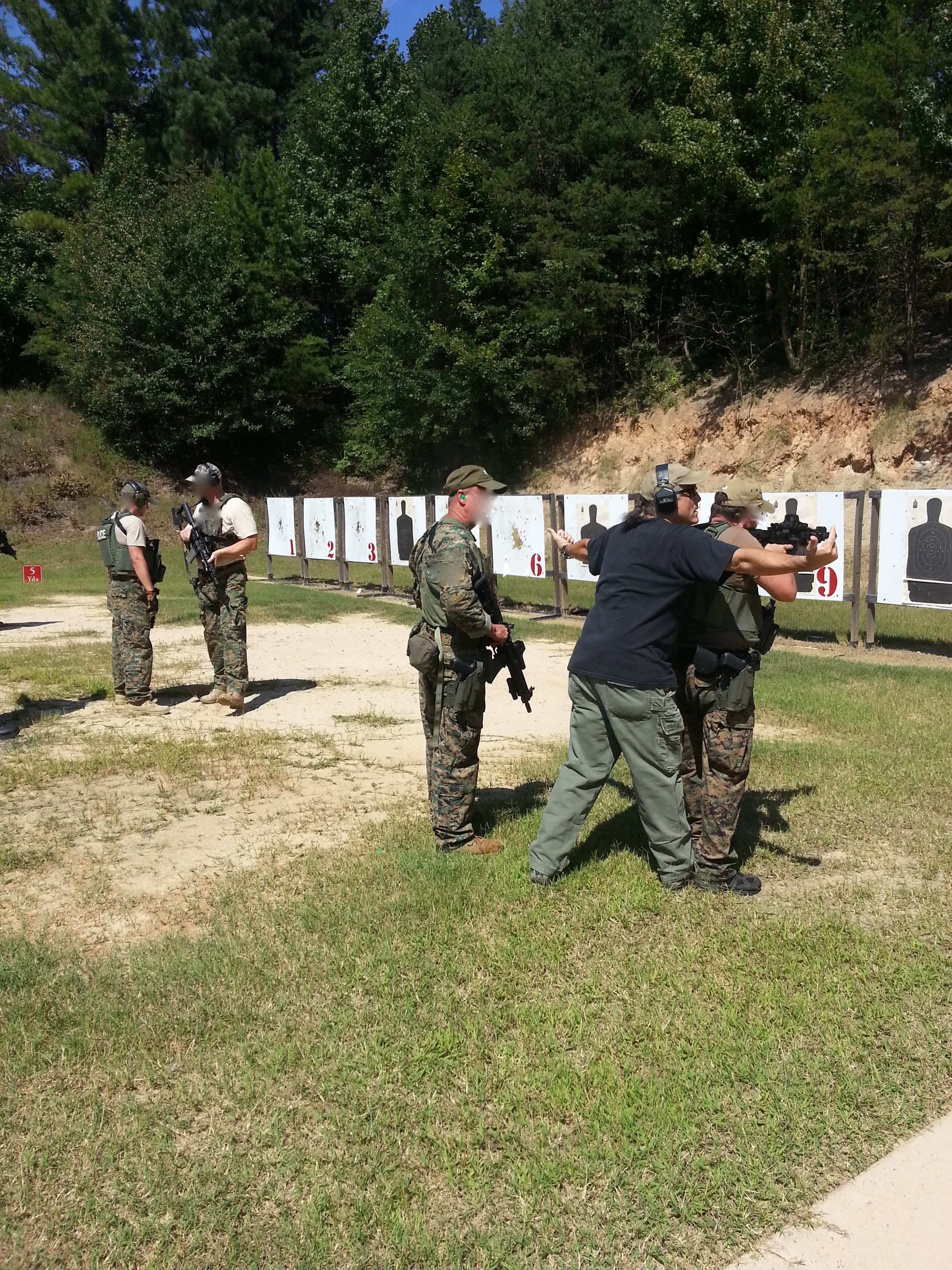 Me on the range with some Major League gunfighters. I like how these shootists roll. What they saw show up was an Old Hippy with a greasy ponytail and a T-shirt that said BE LOVE on it. They were willing to give it a go when I insisted on skipping the lecture and just go right to the shooting part. They dug it. They got it. Made it work in 90+ degree heat and near to that humidity, on the run while making head shots. Over and over again. Installation took about three minutes, then they pressure tested it all kinda different ways. I like shooters that take it and wring it out instead of talk about it. Their boss is an Old School stud, too — Airborne Ranger, 82d Airborne and a high grade door kicker after he kicked Stage 4 Cancer in the ass. We swapped tales about Near Death Experiences, Intensive Care, hospital stays and the pleasure of proving doctors wrong. Rangers Lead The Way, brother R! 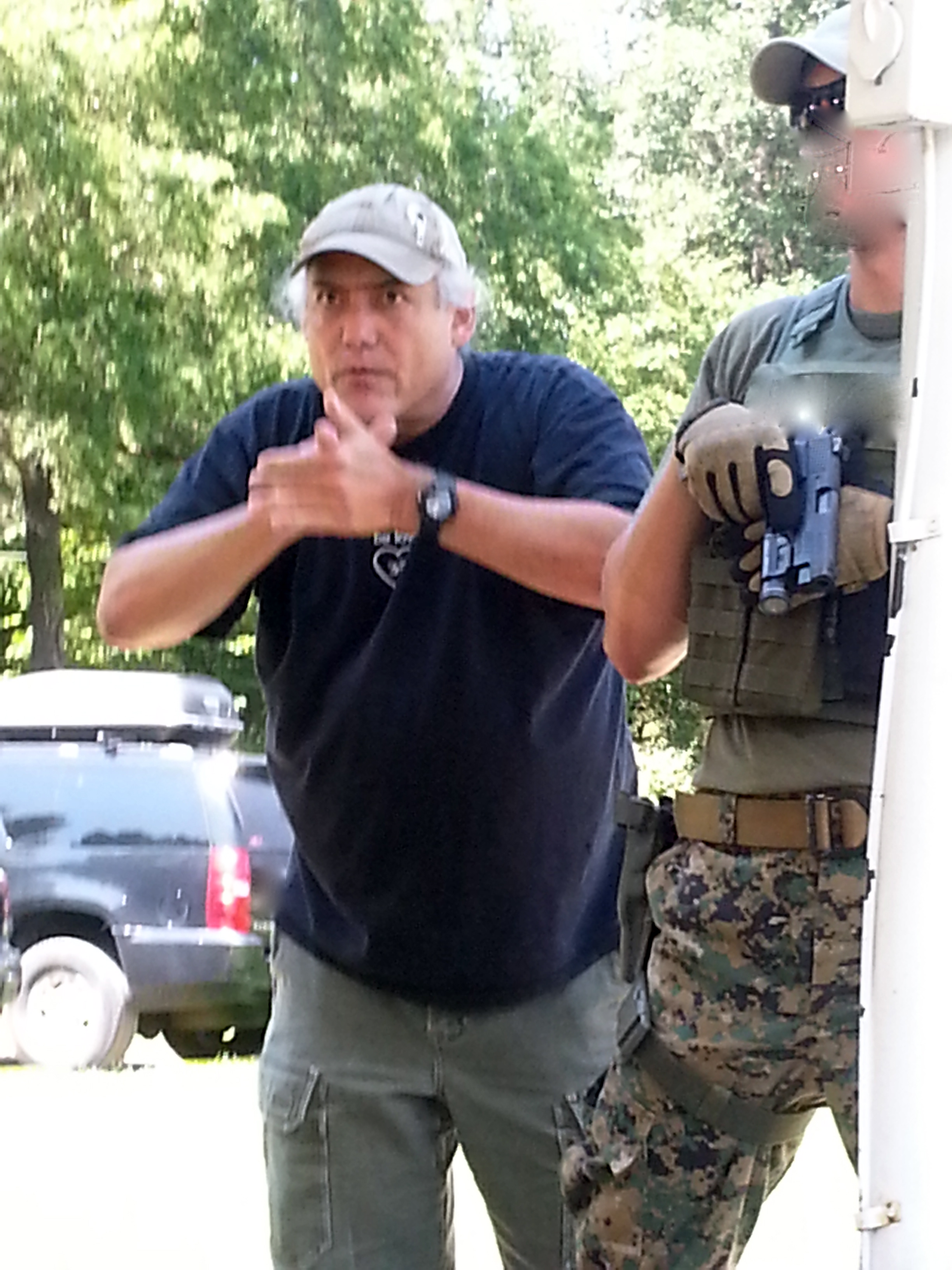 Some Old Hippy, probably off his meds, working with a Major League gunfighter who kicked it in the ass in three minutes or less.

God bless all the shooters, the fighters, and all those who go in harm’s way on behalf of others, as well as all those who walk the martial path for their own reasons! Thanks for letting me work with you all!

← Prev: Coffee With Friends... Next: Random Thoughts (and Video Feedback) on Neural-Based Shooting →